Our Approach is Comprehensive

ActionDATA offers clients insight, strategy, and proven experience which are customized to the individual needs of the client. Be it public policy research, or steering a successful political campaign, ActionDATA is relied on to help make informed decisions by leaders throughout Texas.

We never subcontract your account to a distant third party. Instead we leverage our diverse team to produce a strategy unique for you. With access to leading-edge resources in perception surveys, graphics, technology, and print, we produce collateral fully integrated and supportive of your campaign strategy.

We promise our clients one thing: TRUTH. Through ActionDATA-VeritasTM, we deliver this and provide them with the analytical framework to develop their strategy and achieve their goals.

At ActionDATA, we are passionate about winning elections – from city hall to the halls of Austin and Washington – and we’ve done so with unparalleled success.

We approach these elections like we do all others, by being committed to giving our clients truth and customized strategies.

With the power of ActionDATA-VeritasTM,  we work with clients beginning well in advance of calling an election. We know the path to successful campaigns and can guide you through the process – even if election is off the primary election cycle.

Our experience provides for a calm and stress-free environment for our clients.

When faced with strategy decisions, campaigns need truth at every step.

Through ActionDATA-VeritasTM, we create our own polling and research data which test topics, find key support groups, and provide valuable research to position our clients as the leader.

Our model is simple: we bring our partners truth. We gather the data necessary for good decisions, provide analysis and research, and sound reasoning.

The truth sets a campaign apart from the masses. ActionDATA-VeritasTM makes sure you have the results you need to be efficient, timely, and ahead of the competition. Always.

Political Action Committees turn to ActionDATA when they want to carry their message to the public. Action works with your PAC to clearly identify your message and develop a specialized strategy.

ActionDATA keeps PAC messages on track and delivers the best bank for the buck.

With the power of ActionDATA-VeritasTM, we provide Candidate Schools, Issue Training, and customized PAC messaging.

The political sign is the staple of elections in this country. While the traditional sign is still important, it is now supplemented by digital counterparts. Consistency in message is vital to assure your campaign’s brand is represented the same across all mediums.

Whether you need signage for your yard, vehicle, campaign headquarters, or your entire district, Action Data stands ready to help. Our team is experienced in designing both traditional and digital signage, which will help you effectively communicate your message. 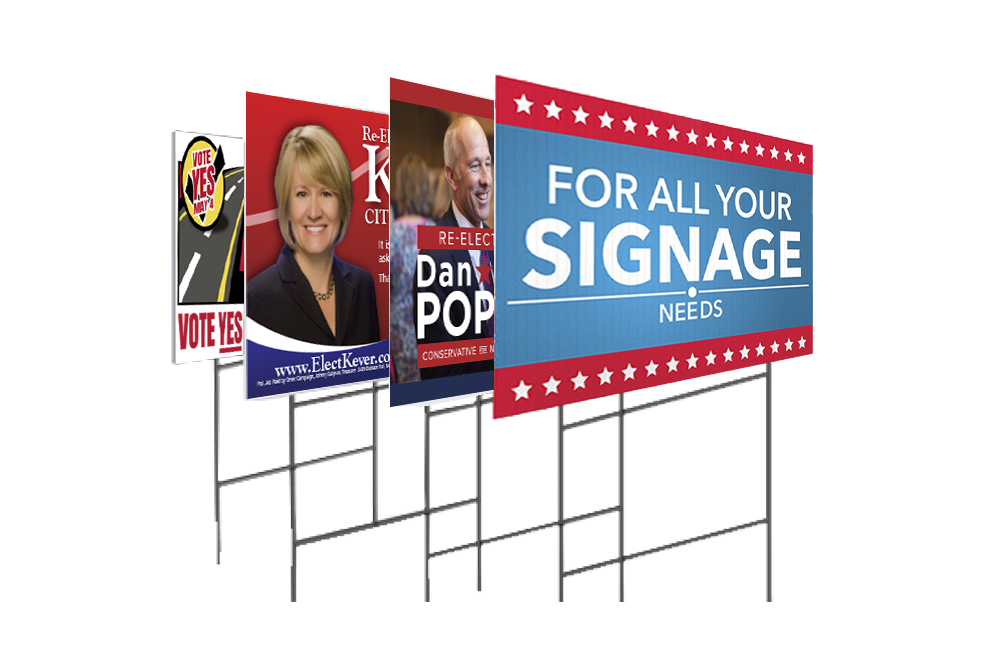 Campaign Signs
Lightweight, sturdy, water and stain-resistant, and they have a high tolerance to handle the extreme elements outside (cold or hot temperatures). Use them as yard signs, for sale signs, political signs, driving directions, baby announcements and more. These full color, durable signs are available in a variety of sizes with the option to print single or double-sided. Options include metal H-stakes or grommets allowing you to display them easily in high traffic areas. Printed single or double-sided with the option to select the flute direction. (vertical or horizontal).
Read MoreEmail 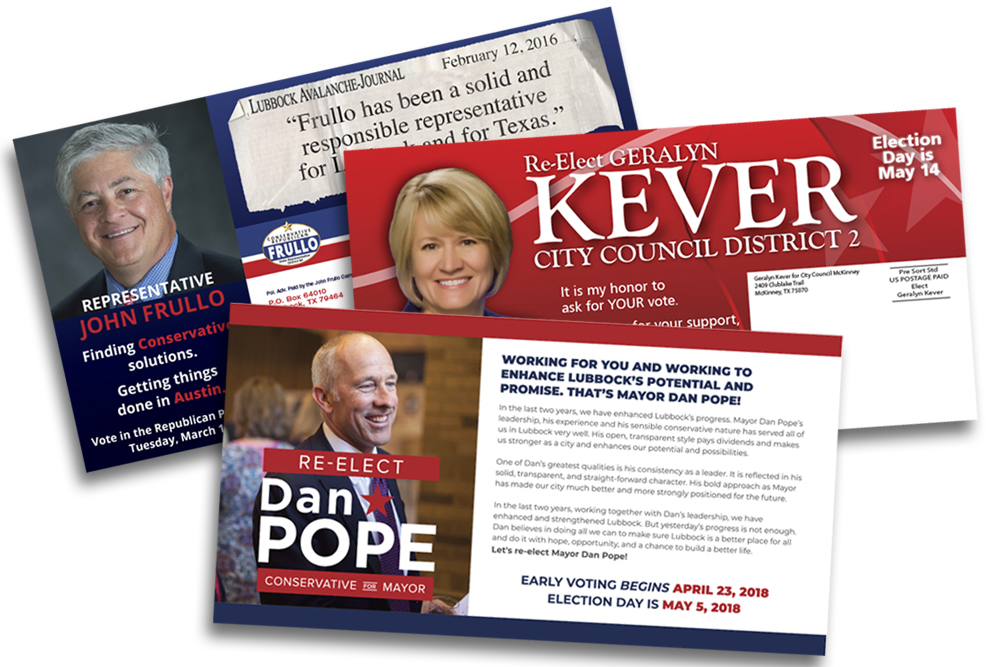 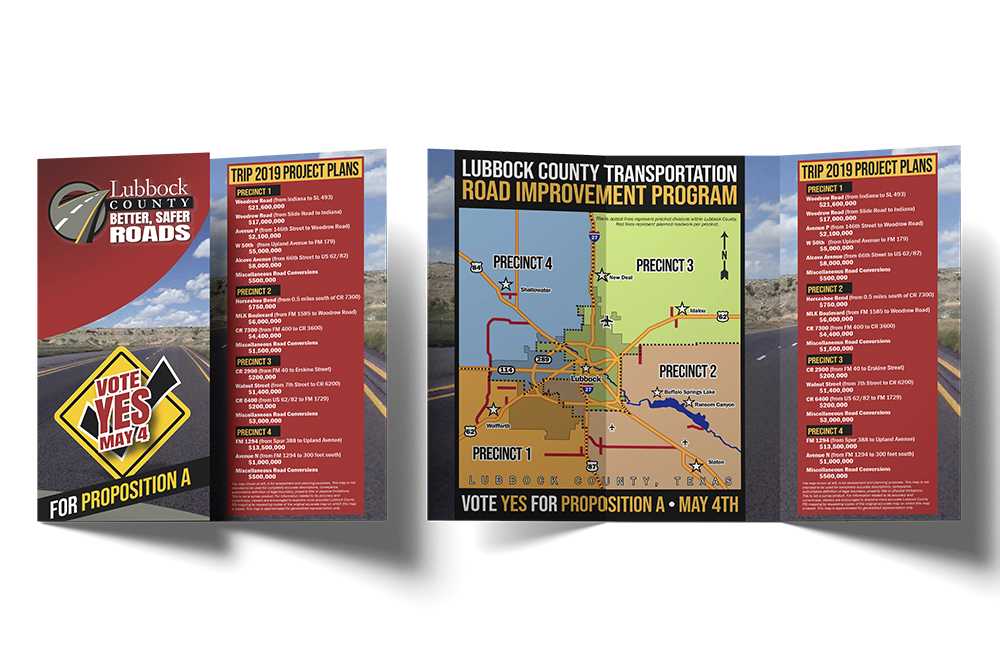 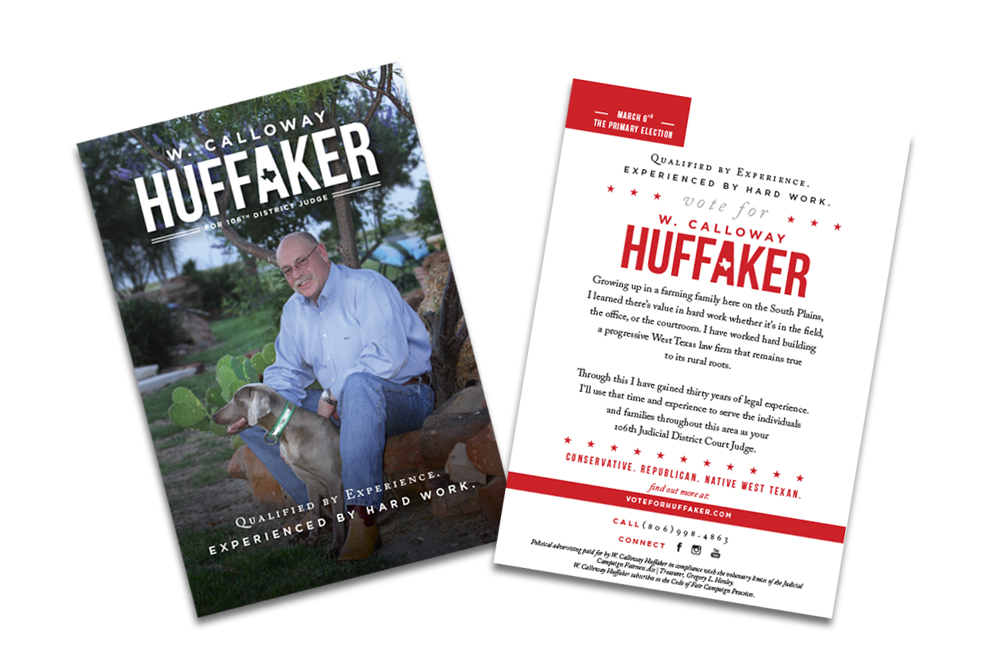 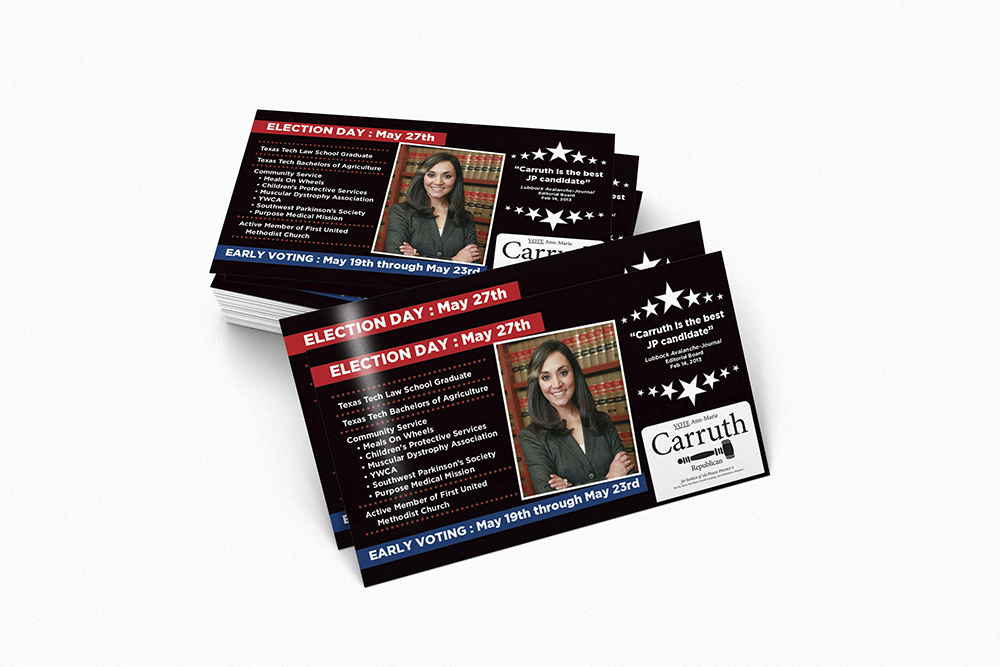 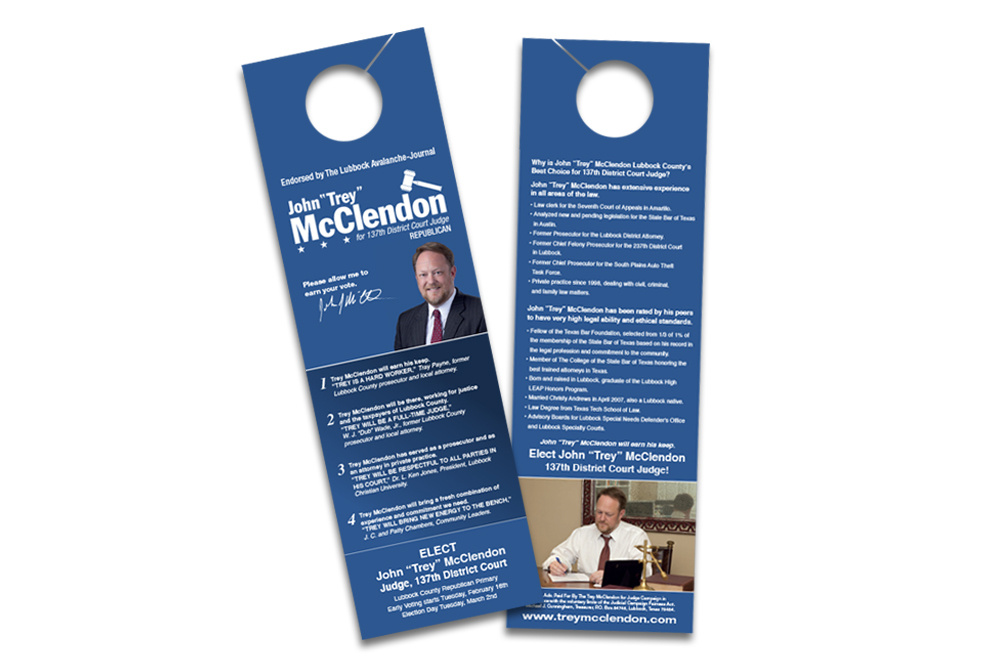 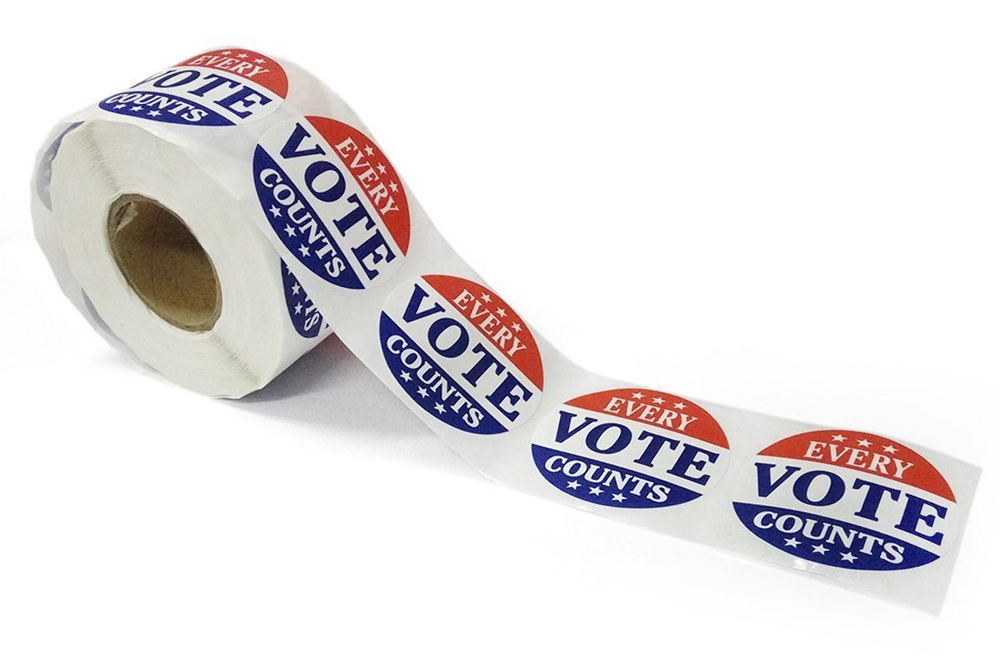 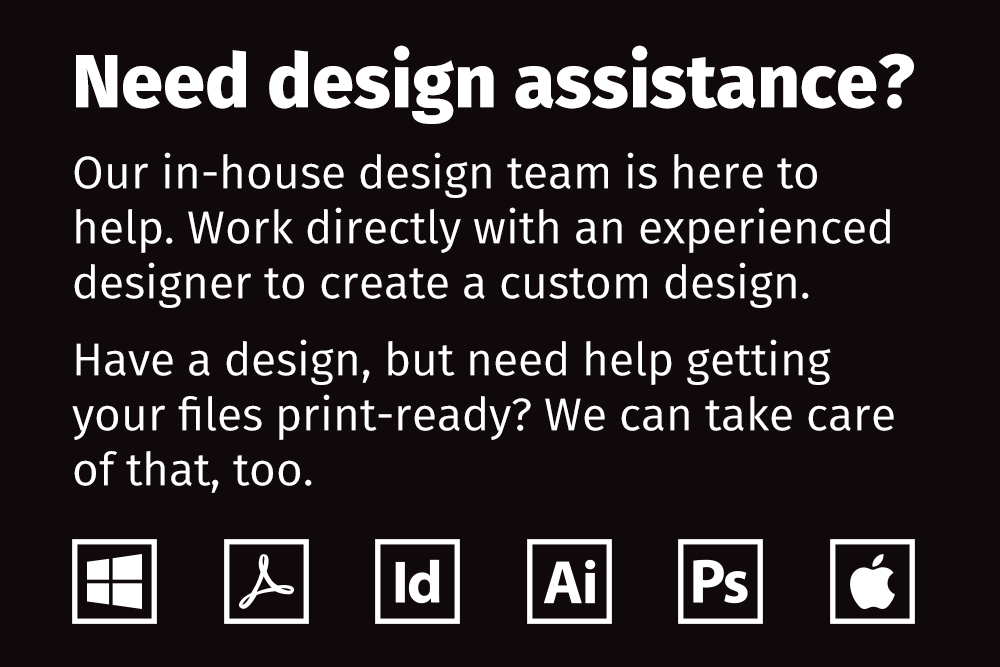 Need Design Assistance?
Do you need a custom design or political logo to help maximize your exposure and increase awareness of your campaign? No problem! Let one of our in-house graphic designers help you create all your supplies. Our graphic designers will help you through the entire design process. Ready to get started?
Read MoreEmail

Whether you are running a small or large campaign for mayor, city council, governor, judge, school board or sheriff, we’ve got you covered. At ActionDATA, we can help get your message out to potential voters. Give your campaign a voice and rally your voters as we offer a variety of high quality, full-color materials that can help you stand out among other candidates.

We’re your one-stop-shop for all your printing needs. We print everything campaign related. Select from a diverse array of affordable political products: campaign signs, push cards, political postcards, bumper stickers, political door hangers, flyers, posters, business cards, and more. Looking to reach a large number of voters? We offer political mailers. Use our mapping tool to target voters in your district by selecting zip code(s) or neighborhoods with oversized EDDM® postcards.

Stevens resides in Lubbock TX  where he is principal at Action Printing, covering projects nationwide.  Other businesses include Action Data a political consulting firm based in Lubbock and IS Ranch a cow-calf operation in Cooke County TX.   He holds B.S. and M.S. degrees from Tarleton State University 1986.  Post-graduation worked 2 years for the Texas A & M University Stem then started Action Printing in 1988.  Founded Printing Consultants a  United States Department of Defense contractor from 1990 to 1997.   Steven’s experience in data, printing, and management span 30 years and he is viewed as an expert in the area of data management and interpretation.  He is the author of more than 20 white papers and 600 surveys.  Since 2010 his focus has been targeted to consulting in the political arena.  Both candidate politics and bond elections make up 90% of his political practice.  Consulting in over 90 efforts before voters over the past 10 years.   Stevens is a recipient of the 2009 United States Chamber of Commerce   small business of they year award.  Served as past board member to the Printing and Imaging Association of Mid American covering a 17 state region.  Steven’s is the treasure of the Texas Voters PAC and entity dedicated to voter turn out in Texas.  Serves as special advisor to the Lubbock Chamber of commerce Political PAC.

After 24 years working in corporate sales and 16 years serving as an elected official, Bill McCay is available now to share his expertise in both fields. Bill graduated from Texas Tech University with a degree in Business. From 2004 to 2020, he served as Lubbock County Commissioner, Precinct 1, after winning every race by a large margin with no run-off contests. As Commissioner, McCay worked successfully with state and local elected officials and a number of other entities to find innovative ways to deliver services amid growing demands and limited funding.

Bill is proud to be on the Court that made Lubbock the first county in the state to implement vote centers and to launch a program allowing jurors to check-in online. He also played a key role in overseeing the building of the 500,000 square foot Lubbock County Detention Center.

Bill was instrumental in hiring a Professional Engineer as Director of Public Works to plan for better roads and to meet the needs of a growing county. He helped develop the first long-term comprehensive master thoroughfare plan and a $99,650,000 bond package that will substantially improve a number of dangerous high traffic roads.

Bill currently serves as Secretary of the Caprock Board of Finance. He was recently named a member of the Lubbock County Expo LGC Board of Directors and has for some time served on the Texas Tech Equestrian Center Advisory Board. He is past Chairman of the Texas Association of Counties Risk Management Pool and past Vice Chairman of the Regional Public Defender Office LGC Board. He has also served on the Lubbock Metropolitan Planning Organization Transportation Policy Committee and the West Texas Mental Health Collaborative Committee.

Bill and his wife, Karin, a long-time newscaster at KCBD-TV, have two children and two grandchildren.

Ready to start your plan?

We are passionate about winning elections — from city hall to the halls of Austin and Washington — and we’ve done so with an unparalleled success rate.

We promise our clients one thing: . Through , we deliver this and provide them with the analytical framework to develop their strategy and achieve their goals.

With the power of ,  we work with clients beginning well in advance of calling an election. We know the path to successful campaigns and can guide you through the process – even if election is off the primary election cycle.

Through Action-, we create our own polling and research data which test topics, find key support groups, and provide valuable research to position our clients as the leader.

The truth sets a campaign apart from the masses. Action- makes sure you have the results you need to be efficient, timely, and ahead of the competition. Always.

With the power of , we provide Candidate Schools, Issue Training, and customized PAC messaging.